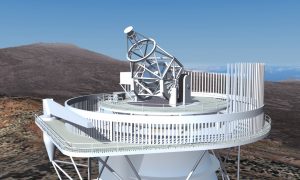 Wednesday 23th January at 11 am, the Millevoci broadcast at RSI was dedicated to the presentation of the computational activities at the Swiss Center for Scientific Computing (CSCS), bringing as an example the collaboration with the IRSOL in the field of solar physics numerical simulations.

Research at IRSOL currently is based on 3 pillars: telescope observations, theory and numerical simulations. The latter have been able to benefit in these last years of machine time at the powerful computer Piz Daint of the CSCS. In the computational field, projects were also started in collaboration with the Institute of Computational Sciences (ICS) at the Università della Svizzera italiana (USI), with the Institute of Astrophysics of the Canary Islands (IAC) and with the Kiepenheuer Institut für Sonnenphysik (KIS) in Freiburg. International collaborations have grown in importance and this year culminated with the launch of a European H2020 project called Solarnet, carried out by a European consortium which includes IRSOL, CSCS and ICS through the USI. The main purpose of Solarnet is to make available to the scientific community, the major European infrastructures and to foster their collaboration and exchange of expertise in view of the projected construction of the European Solar Telescope (EST) on the Canary Islands. Among the main activities that will take place in Ticino in the context of Solarnet we mention: computation time made available to the European scientific community at the CSCS; the implementation at IRSOL of an innovative technique for the absolute polarization measurement and the organization of a summer school in collaboration with the ICS dedicated to computational techniques in solar physics. 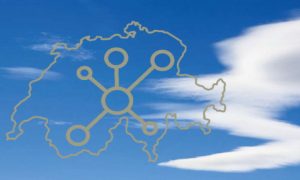 Thanks to its high correlation with the total solar irradiance, the Sunspot Number (SSN), which represents a 400 years long observational data series, was recently recognized in the latest implementation plan of the Global Climate Observing System (GCOS) as valuable information for climate studies. In Switzerland systematic observations of sunspots started in 1847 by Rudolf Wolf, first in Bern and then at the Federal Observatory in Zurich. Its former external observing station Specola Solare in Locarno, built in 1957, became in 1981 the reference station of the SSN, at the same time when the world data center was transferred from Zurich to the Royal Observatory in Brussels at SILSO.

To ensure that the historical sunspot drawings and data of Specola Solare are archived in the long run, MeteoSwiss in the framework of GCOS Switzerland has decided to support the archiving and digitization of these drawings and data at the ETH Library in Zurich. The project is a joint effort by the Associazione Specola Solare Ticinese (ASST) in Locarno and the ETH Zurich and runs for 5 years.

The Swiss National Science Foundation (SNSF), within the framework of the “Sinergia” financing programme, has approved a cooperation project involving IRSOL, the Institute of Computational Sciences of Università della Svizzera italiana (USI), and the Instituto de Astrofisica de Canarias (IAC) in Tenerife (Spain).
The project, with title “HPC-techniques for 3D modeling of resonance line polarization with PRD”, aims at developing new numerical methods necessary for modeling the intensity and polarization of the solar radiation from three-dimensional (3D) models of the atmosphere of the Sun, taking partial frequency redistribution (PRD) phenomena into account.
The possibility to carry out such theoretical modeling represents a key step towards the development of new reliable diagnostic techniques for investigating the magnetism of the chromosphere and transition region. This problem is far from trivial, especially from the computational point of view, and indeed it requires merging competences in solar physics, in the theory of the generation and transfer of polarized radiation, and in computational sciences.
The project will allow us to offer a post-doctoral position of four years in each one of the institutes involved, plus a PhD position at the Università della Svizzera italiana (USI).
The contracts will start between the end of 2018 and the first months of 2019.